Abstract:
Where does the Moon come from? Although humans first walked on the Moon over four decades ago, we still know surprisingly little about the lunar body’s origin. Samples returned by the Apollo missions have somewhat confounded scientists’ ideas about how the Moon was formed. Its presence is thought to be due to another planet colliding with the early Earth, causing an extraordinary giant impact, and in the process, forming the Moon. But, analysing chemicals in Apollo’s rock samples has revealed that the Moon could be much more similar to Earth itself than any potential impactor. Professor Alex Halliday discusses the most up-to-date theories and evidence on this topic. 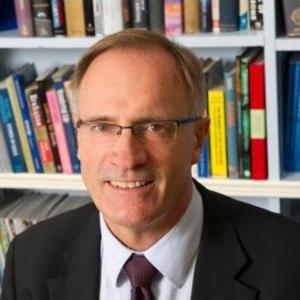 About the Speaker:
Professor Alex Halliday, FRS, has been Head of the Mathematical, Physical and Life Sciences Division at Oxford University since October 2007. Before coming to Oxford, he spent twelve years as a professor at the University of Michigan, Ann Arbor, USA, and then six years in Switzerland as Head of the Department of Earth Sciences at the ETH in Zurich. In 2004 he took up the Chair of Geochemistry at Oxford, where his research involves using isotopic methods to study Earth and planetary processes and has resulted in over 300 articles in scientific journals, including many in Science and Nature. Professor Halliday is a former President of the American Geochemical Society and of the European Association for Geochemistry. He has experience with a range of top science boards and advisory panels currently including those of the Natural Environment Research Council; the Natural History Museum, London; the Max Planck Institute for Chemistry, Mainz; and the American Geophysical Union. He was also a member of sub-panel 17 of the 2008 Research Assessment Exercise (RAE). An enthusiast for technological innovation, most of Professor Halliday’s recent research is in developing and using mass spectrometry to shed light on the origin and early development of the solar system and recent earth processes, such as continental erosion and climate. However, he is also engaged in other studies, from the mechanisms of volcanic eruptions to the formation of mineral and hydrocarbon deposits to the development of civilisation. Professor Halliday’s scientific accomplishments have been recognised with awards including the Murchison Medal of the Geological Society and the Bowen Award of the American Geophysical Union. He was elected Vice-President and Physical Secretary of the Royal Society in 2014.